Its been so busy in the garden, there has not been much time or energy left for a diary! But, here's a quick up-date:

The weather has been a bit variable, as you know. First too wet, now too dry. But, gardeners are never happy with the weather, so don't mind my complaining! Just about everything in the field is still growing well. The kesäkurpitsä and kurpitsä are not great but OK. With some sun and rain, they will be fine. The avonmaa kurkku didn't fair so well; they were badly affected by the cold weather that arrived after they were planted out. But, lets see! Otherwise, the roots are coming along nicely. They have all been weeded and thined two or three times by now, and will soon appear in the share. The kaalit are also recovering from the caterpillar attack. Lanttu and lehtikaali will start appearing in the shares. Parsakaali is flowering too early, so I am having to harvest it before the heads form properly. But there will at least be a taste. The onions continue to come along nicely. The first herne are arriving, hopefully to be followed soon by paput. Purjo was in last weeks share. I will leave the remainder to grow for a another while; the harvest will be good.

The early peruna were in last weeks share and they will hopefully be joined this week by some interesting blue and red varieties. There is a gap now with the salaatti, waiting for the outside planting to grow bigger.

Whats missing? Sellers, juuriselleri, fenkoli are still a while off being ready. Nauris was badly hit by caterpillars and other bugs but there will be a small harvest ready soon. Mangoldi is growing slowly. 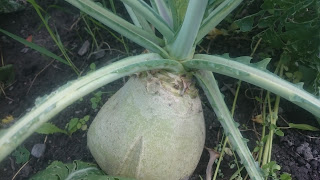 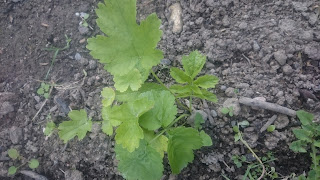 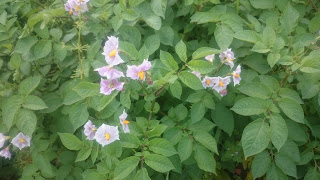 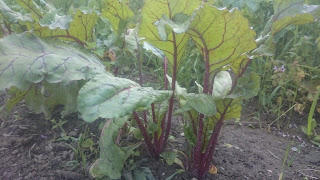 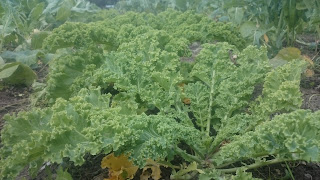 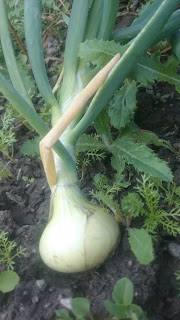 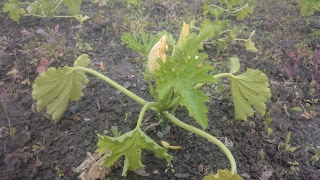 Indoors, the warmer weather is very welcome. It might finally stop the fungus on the kurku. But, the crop is still good and is now being met by the peak in the tomaatti harvest. Today alone I picked over 100kg. Now it is all about keeping the plants producing for as long as possible. 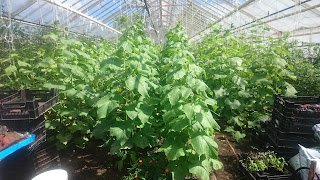 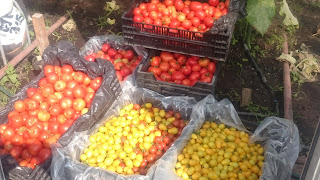 Thanks to everyone who has been out weeding and helping. A group has starting coming on a weekly basis from the Tapanila refugee centre and we have also had a helper from Germany, Marie, for a few weeks. 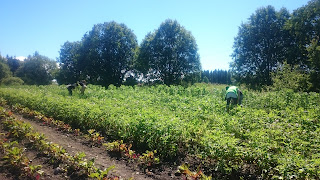 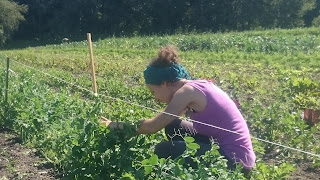